ĚDownload Paper Toss 2.0 with confidence. It's a classic time waster gone digital, a major upgrade over the original, and best of all, it's free. ‚Ěě ~ SlideToPlay.com Review

The mega-hit Paper Toss game franchise just got a big promotion to Paper Toss 2.0. Remember those pesky "Hey, you hit me!" co-workers from the original Paper Toss? In 2.0 you can throw right at them, you devil. You'll still score points by flicking wads of paper into the office trash can (now with a handsome new ergonomic design). Plus, try your skills with flaming paper balls, tossable bananas, tomatoes, grenades and other stuff to hurl in all-new settings.

Since it's initial launch in June 2009, Paper Toss has been downloaded over 100 million times. Paper Toss 2.0 takes tossing to an entirely new level. It's a free app, because that's our thing. With it, you get:

Version 2.0 is so realistic, you'll think you're actually killing time in an office cubicle. (Maybe you are. We won't tell anyone.) 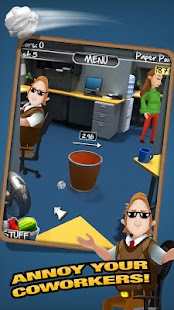 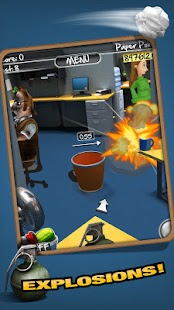