Ninja Jump is one of those Android games that get you addicted instantly. The best thing about such games is the fact that you can play them without straining your eyes or mind. Though it has simple graphics and not very complicated gameplay, it is all you really want at times. Ninja games free download has enabled the Smartphone gaming lovers to get this game in a matter of seconds and enjoy it during odd times, which may be while waiting for something, right before going to sleep and similar situations. It is one of those simple freebie games with their never ending-like features that get you hooked.

Ninja Jump game is fast paced and involves a lot of climbing. The goal is to jump as high as possible while you avoid obstacles such as massive birds, bloody thirsty squirrels, shooting stars, evil ninjas as well as exploding bombs. You can jump from one wall to another through a single tap to the screen, and have the option of knocking down the mid air obstacles while doing so. The players can also collect shields on the way which will protect them against knocking on something. Some features of this addictive game include very simple gameplay, fast download and quick loading, option of posting your score on Twitter and Facebook to compete your friends who play Ninja games, and challenging them through email. 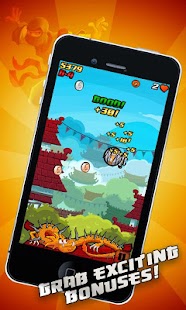 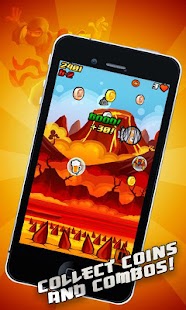