After the success of Halfbrick Studio's Fruit Ninja, the Australian based game development company released another highly engaging mobile game Jetpack Joyride in 2011. Since its release the game has received widespread critical appraise for its game play and graphics. This side scrolling endless running game has bagged numerous industry awards since its release on Google's Android platform. Apart from Android and iOS, the game has been ported on several other platforms including Windows Phone, Blackberry, Playstation Network and Web via Flash. So make sure to add this addictive game to your Android gaming collection this season.

Jetpack Joyride was first released on the iOS in September 2011. The game was well received by the critics as well as fans. However, the game rose to worldwide fame after its Android release in September 2012. Since then the game has been awarded the 'Best Overall Game', 'Best iPhone Game' and 'Best Action Game of 2012' by Pocket Gamer. It also bagged the WWDC 'Apple Design Award' in 2012. The game has received a 9/10 rating by Destructoid and IGN.

In order to play Jetpack Joyride your phones or tablets must support Android versions 2.3 or up. So quickly download a free copy of this award winning game and help protagonist Barry Steakfries escape from a top-secret laboratory filled with scientists and exciting hurdles. You can also share your high scores with friends and challenge them to try to beat you at that.

Devices we do not support include:

You can now switch between low and high quality graphics with the touch of a button! Simply press the 'HD' icon from the game's main menu to enable improved visuals for high-end devices! 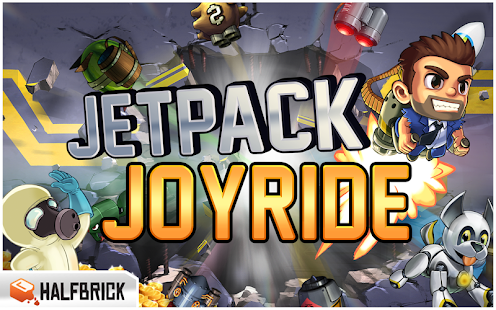 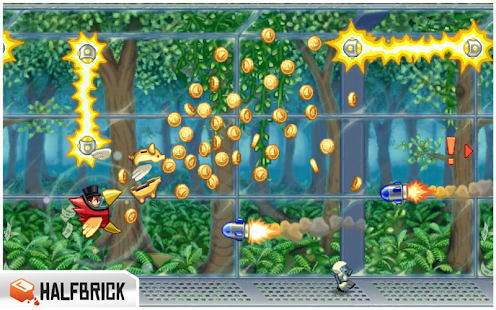