The critically acclaimed video game Fruit Ninja has taken the world of mobile gaming by storm. The fruit slicing game has entertained millions around the world and continues to be downloaded by growing number of fans. In May 2012, the total number of game downloads across all platforms for Fruit Ninja reached a remarkable three hundred million mark. The game now enjoys huge popularity on all major platforms including Windows Phone, iOS, Symbian, Bada as well as Android. Fruit Ninja free download is available to all Android users in order to get a hands on experience on the game that everybody is talking about.

Developed by the Australian based game development studio, Halfbrick Studios, the Fruit Ninja game was first released on the iOS platform in April 2010. Within three months, the iOS version had sold more than one million copies. This incredible success of the game was followed by a release on the Android platform in September 2010. The game was subsequently transported on various other platforms including Windows Phone and it was ranked amongst the ‘50 Best Apps of 2011’ by Time Magazine.

In the game, the players are required to cut and slice flying fruits in order to score points. The players slice the fruits using fingers on a touch based interface. The Android version of the game is available for phones and tablets supporting Android 2.3 or up. So download Fruit Ninja now and master the art of slicing those delicious fruits to score your way to the top.

We're back with another free update for all the fruit assassins out there!

The Rock Blade - For those about to rock, we salute you!

The Princess Blade - Now you can live happily ever after!

Fruit Ninja uses your location to show nearby places where you can get free Starfruit. Starting soon you'll be able to visit a nearby retail store and get free Starfruit. Name, address, phone number, phone identifier and other information are not collected or transmitted. 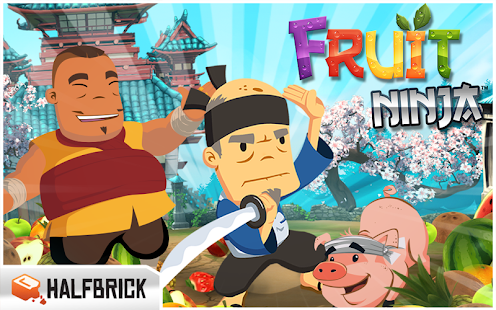 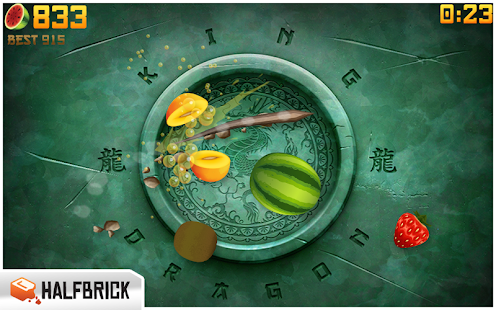