From the developers of the best selling mobile game Angry Birds, comes another gem for the fans in the form of Bad Biggies. This time around, Finland based Rovio Entertainment brings the victimized pigs of the Angry Birds video games series to the limelight. Bad Piggies is a spin- off video game to the Angry Birds and is played with the perspective of the pigs rather than the famous birds. Since its release on the iOS, it has become the fastest selling game on the App Store. Bad Piggies free download will allow the Android users to indulge in this fascinating new addition of the popular Angry Birds game series.

Rovio Entertainment released Bad Piggies after the worldwide success of its Angry Birds series. The game was released on all major platforms including Windows, Mac OS X, iOS a well as Android in September 2012. In the game, the players build different vehicles using provided objects that help the pigs to transport from one station to another in order to recover the parts of a missing map. The map will help the pigs to take revenge on the angry birds.

Up till now, seven main themes or episodes have been released for the game, each featuring various levels. The game also features in- app purchases to help advance through difficult levels or to unlock more fun tools. Bad Piggies game free download is available for Android based users to play this engaging game on their phones as well as tablets.

- Need help? This little piggy will build it for you!
- Mechanic pig pre- assembles transport for you!
- All you have to do is pilot it!
- Tweak his design to get all three stars!

Get ready to see pigs fly!

This game may include:

- Direct links to social networking websites that are intended for an audience over the age of 13.
- Direct links to the internet that can take players away from the game with the potential to browse any web page.
- Advertising of Rovio products and also products from select partners.
- The option to make in- app purchases. The bill payer should always be consulted beforehand.

Bad Piggies gets a spooky update with 30 fresh new levels! The latest Tusk ‘til Dawn episode introduces you to some creepy new piggies living in a mysterious cake- filled world – with an awesome Major Lazer remix to put you in the Halloween mood! 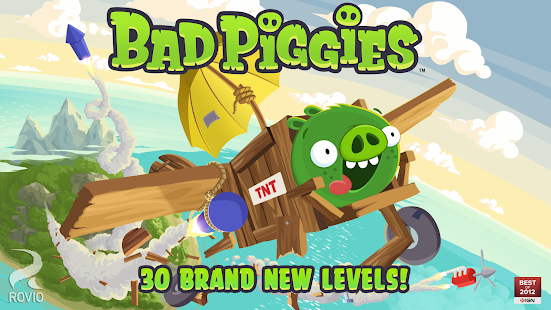 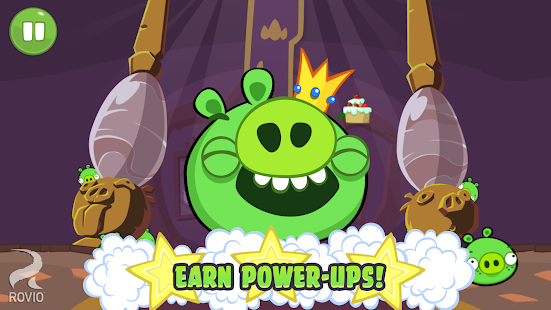