Hailed as the 'largest mobile app success the world has seen so far', Angry Birds continues to be a top seller on all major mobile platforms including iOS, Android and Windows Phone. The physics based video game has been praised for its addictive game play and replay value. With combined downloads across all platforms reaching nearly two billion for the game, Angry Birds has evolved into a world recognized franchise featuring spin-off games, merchandises, viral TV sketches and even a planned feature film.

Created by Finland based game company Rovio Entertainment, Angry Birds was first released on the Apple's iOS platform in December 2009. The game reached the top position on the Apple App Store and remained on number one spot for three months. The success of the game prompted Rovio Entertainment to launch Angry Birds game online for other platforms including Windows Phone, Google Chrome, Bada, Symbian, MeeGo, as well as Blackberry. The game received its Android release in October 2010 and was an instant hit reaching two million downloads in just three days.

The game play features a slingshot that the players use to launch different birds on pigs that are stationed on various structures. The aim is to destroy all the pigs as well as the structures in order to move onto the next level. The highly addictive game can be played on Android phones that run the Android version 2.3 (Gingerbread) or up. So make sure to download your copy on Android and play Angry Birds for a highly engaging and entertaining mobile game experience.

The birds are back in town! The #1 best-selling app gets a feathery new update with an extra 15 classic levels. It’s the gameplay you all know and love, and this time the flock returns to pop those piggies!

NEW CLASSIC LEVELS! The gang’s back with an extra 15 levels of classic Angry Birds gameplay!

NEW AND IMPROVED POWERS! In these levels, fling Red with more accuracy than ever thanks to all-new manual targeting! 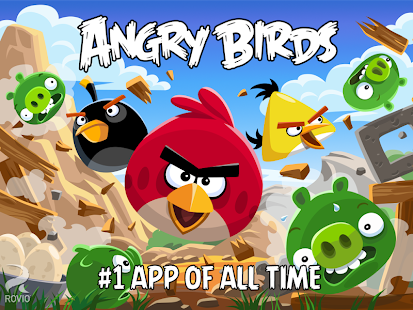 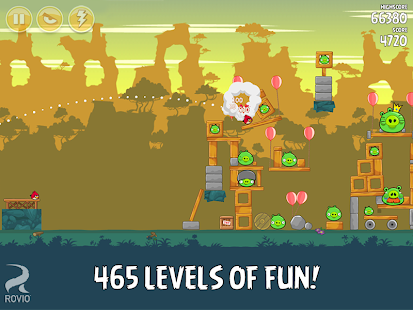