Rufus, the bravest, has gotten into the dead trigger rescuing his space which has been transformed into a vice city by indestructible, dead monster starving for eternity. He wants to send his enemy Into the Dead or get slayed. The dead trigger was pulled when the brave monster went into the temple throbbing dead troll slaying his space folks. Rufus just like a brave zookeeper figured his assault will have to be as warriors against this dark avenger.
His bravery has triggered a battle seemingly going on for eternity in his space. Rufus is volunteering getting Into the Dead run to keep his title of monster slayer. He is brave but also deadly slayer planning a jungle run to save his space from the walking dead monster or decide to be dead yourself. He has dug dark, dead pits promising the dragon into a jungle run driving him Into the Dead without being a slayer of his own puzzle. The dark deadly monster has triggered bloodshed in the vice city turning it into dead space, perceived dragon as a deadly, indestructible monster. They have made peace with the dark slayer sending them Into the Dead run against the brave slayer.
In this avenger's run Rufus has Tutu to take up this deadly battle with him against this dragon. This dead run can trigger the killing walking dead monster or be dead yourself - temples running game where Rufus’s as an avenger is going to send this indestructible, monster Into the Dead darkness. Will this be written as the temple racing story, telling rise of glory or fall of the walking dead?
From the makers of Angry Temple Gorilla, Dead Run: Brave is going to be another deadly jungle run story available for free.
• This Jungle run game has new features and interesting surprises like strikingly beautiful gems and parachute goodies as you go along.
• Watch as these special gifts trigger Rufus to space out the deadly chaser and extend the lead to score higher.
• There is a separate temple of achievements and awards where the fastest will have the glory.
All Android gamers out there – Dead Run: Brave will get you running! 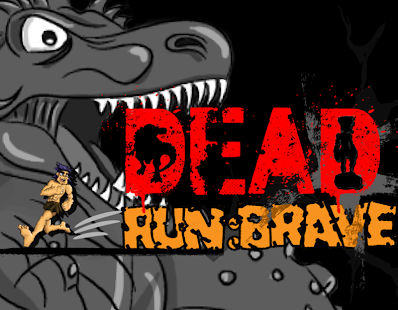